Over the last few weeks, we’ve been listening to you, our community, discuss EVE Online’s ecosystem, game changes, direction, and overall health. For many, EVE is more than just a game – it’s a hobby – and one you want to make sure is worthy of your considerable time and dedication.

Very often these questions are answered at events like Fanfest and the World Tour, where the view and vision for EVE Online is shared with you, the players, through presentations and casual conversations alike. Unfortunately, this year didn’t allow for such conversations and to that end, here’s a deeper look into what has been going on for EVE and what is upcoming. 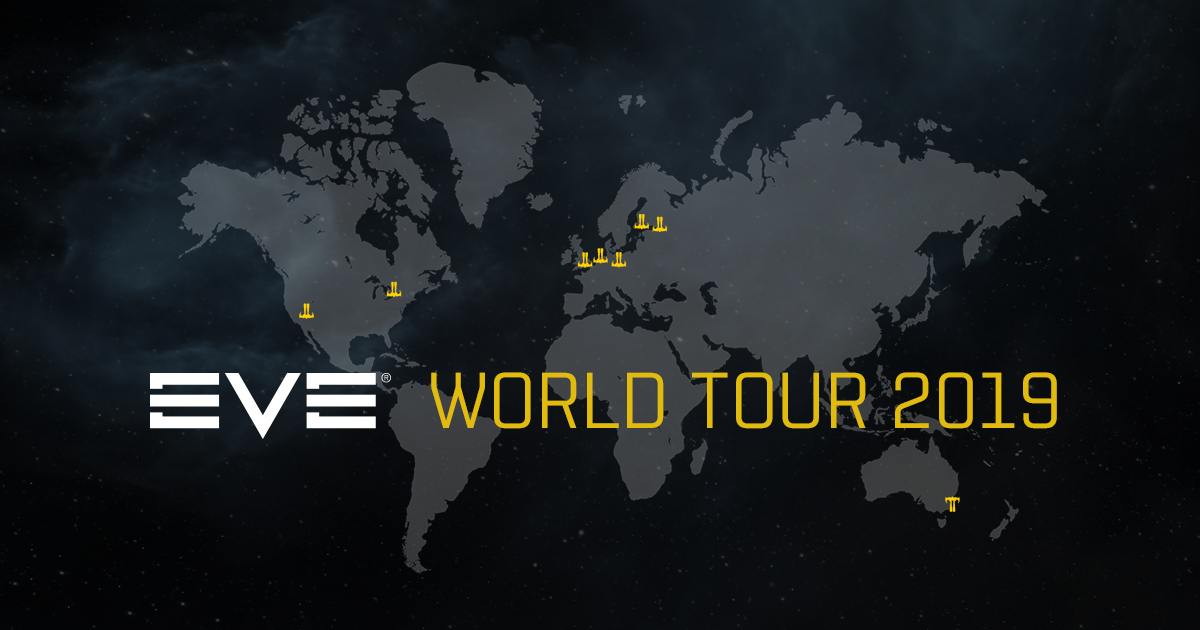 Firstly, here’s a quick recap. Throughout the EVE World Tour in 2019, the emphasis on embracing new players and the importance for EVE going forward was discussed. “EVE Forever” may sound like a pithy marketing slogan, but it’s something that is very much believed in. To have New Eden stand the test of time, and to set EVE up for a thriving third decade, it is vital that EVE Online can: 1. Help new people trying the game turn into experienced EVE pilots 2. Have an ecosystem that provides a fair and vibrant playground full of diverse and rewarding opportunities 3. Be built on a strong technical foundation for future sustainability and maneuverability

As always, community sentiment and discussion are taken very earnestly, and the commitment to nurture, grow, and expand EVE Online remains as strong as ever.

For EVE to transition successfully into a third decade and beyond, it was clear that work was needed on the foundations of its crucial Ecosystem. When the plans were first revealed, the journey for major resource redistribution across the entire game through three phases was explained: Shortage, Redistribution, and Dynamic Distribution.

The Shortage Phase (or Scarcity) has been a challenging road. It has meant tighter belts, and a complete shake up of the institutional knowledge that EVE players have utilized when it comes to earning ISK and resources. 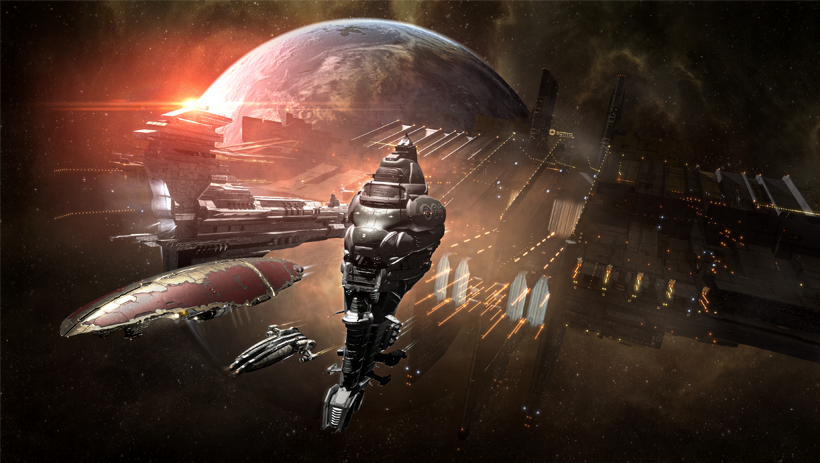 Late last year, the first steps of the Redistribution Phase were taken with several changes aimed at the goal of creating ‘Primary Supply Zones’ to give value to all space in EVE. The leanest days are now behind us, as active stockpiles across the universe have dropped to desired levels and income faucets are under control. In addition, capital industry is now decoupled from the rest of T1 construction, and proliferation will now be easier to control while having a minimal impact on T1 industry. All of this clears the way for new, healthy growth. The current state of T2 ship industry is good and there are no plans on making any immediate changes on that front.

Scarcity firmly ends in Q4 2021 with additional resources as well as player choice for what resources to distribute in your sovereign space. While the full details will not be shared here today, here’s a small glimpse into what you can expect to see in this update:

More exciting detail will be revealed as we get closer to release – for now you will have to speculate on what this will entail and what impact it will have on New Eden. In addition to the resource and industry updates of EVE, the next major update to the Encounter Surveillance System is being delivered, allowing the reserve banks to be opened by those daring enough to break in with the correct key. It will also bring about an overhaul to the ESS – both in terms of gameplay and graphics and new Lowsec content that will distribute the coveted ESS reserve bank keys. With over 20 trillion ISK sitting in these reserves, there is a lot at stake.

Later this year will see planned updates for existing Nullsec anomalies, including the addition of capital anomalies. A new high reward Nullsec PvE feature to get capitals back into space to trigger exciting player escalations is also being worked on. As mentioned before, you will get more detail and discussion on these topics as their release draws closer.

An unprecedented pace of balance changes being introduced to the game is currently being maintained. This strategy began back in October 2019 with Warp Drive Active. Since then, 36 more of these updates that are referred to as ‘rapid releases’ have been delivered. These updates have touched everything from underperforming ships and classes in updates like Rapid Fire, to major meta issues like AFK cloaking in the recent Mobile Observatory Update, and even introduced completely new gameplay such as fleet formations, to name but a few. It’s also been great to see the discussions in the wormhole community on the recent update of skill loss removal for T3 cruisers and the follow-up change to wormhole jump mass. 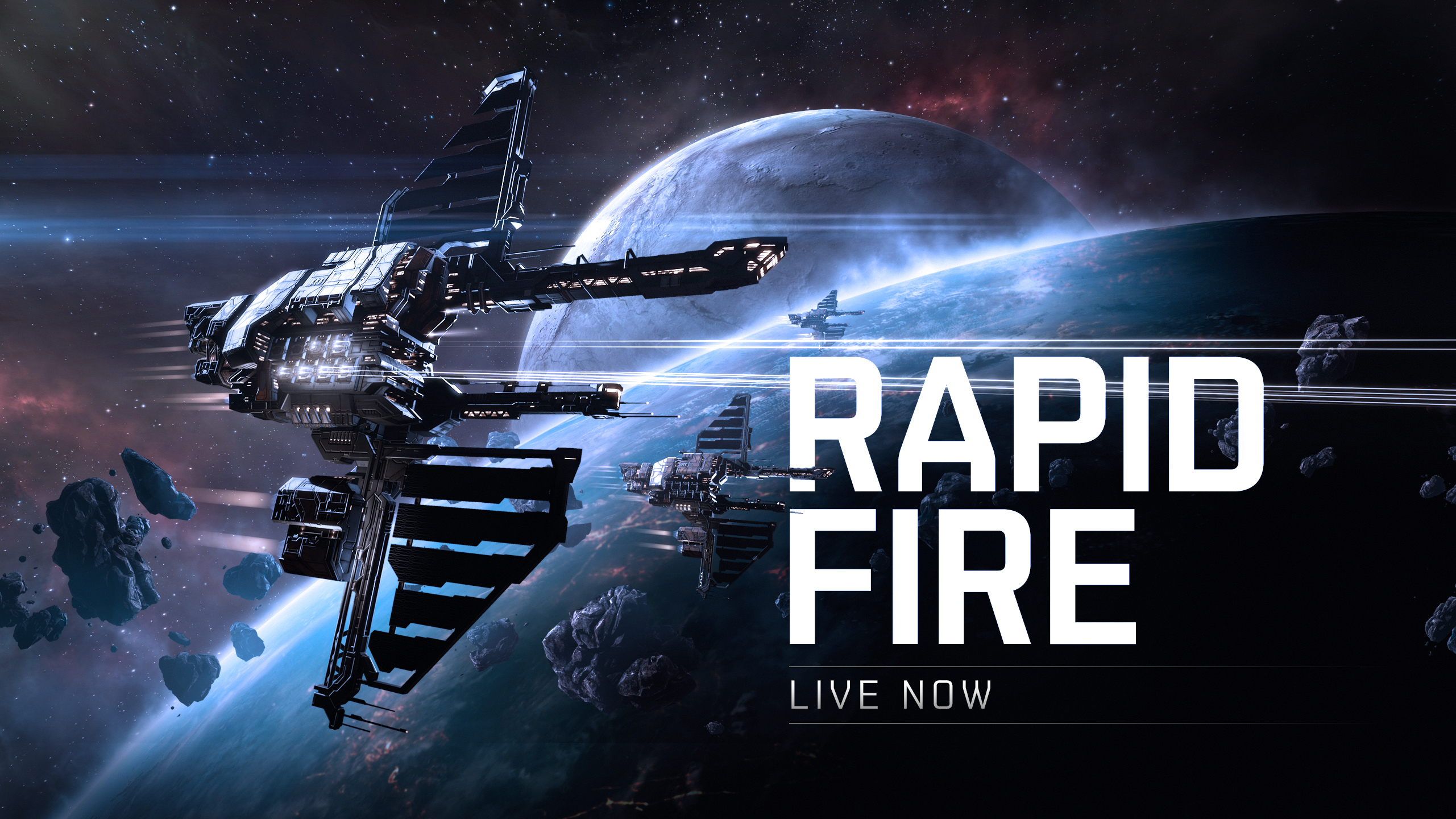 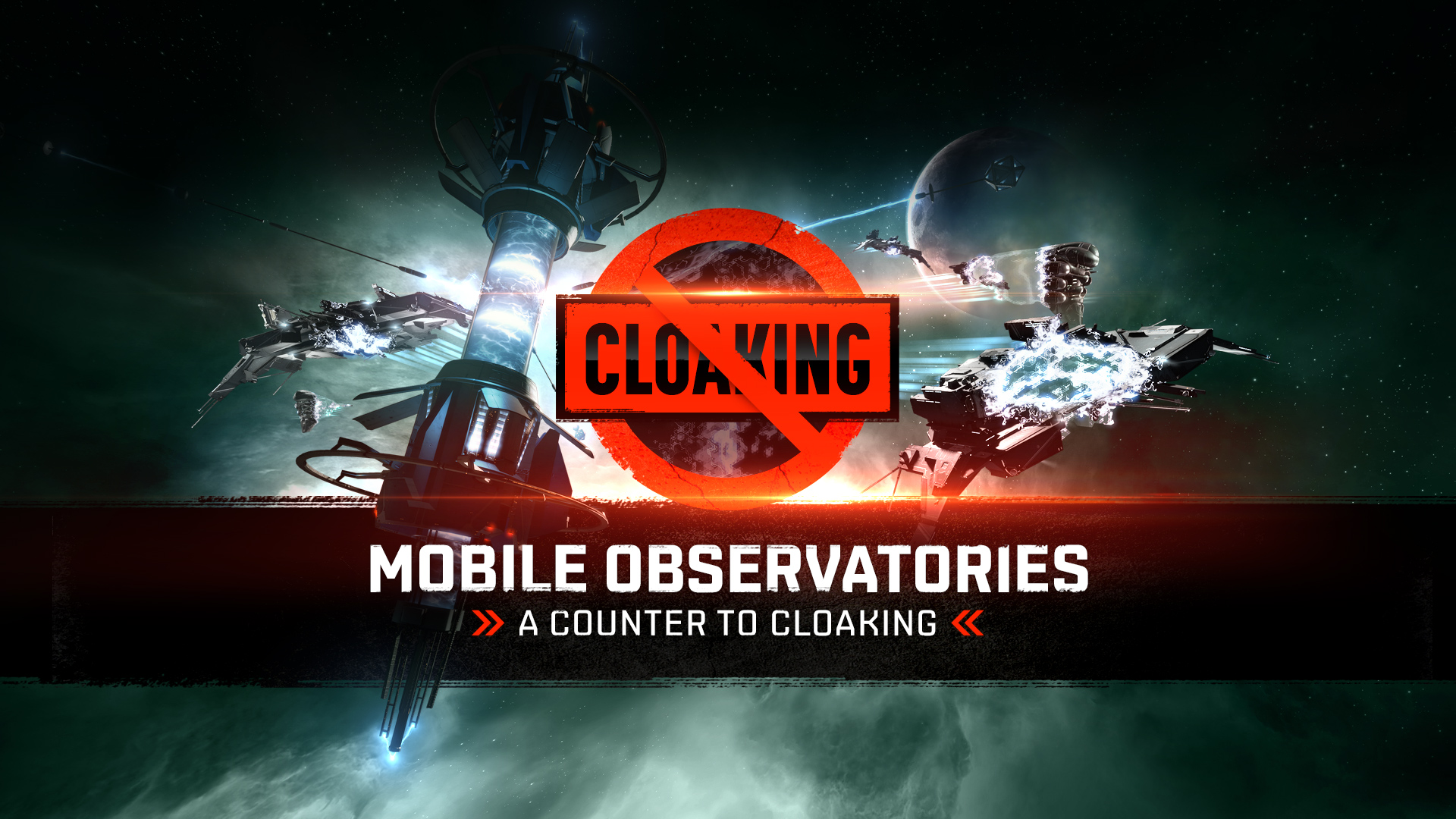 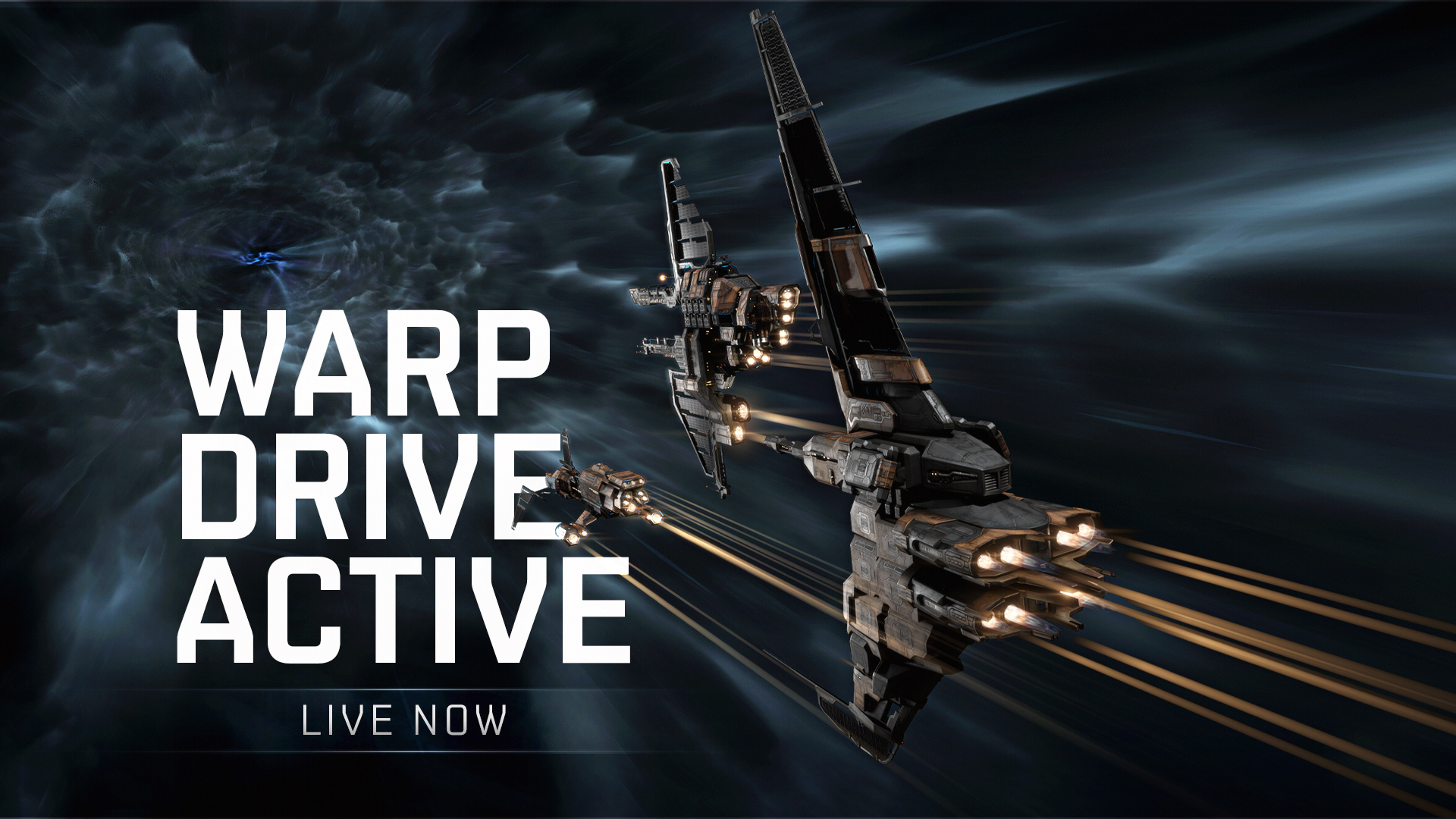 That said, the beauty of EVE is that there is always more to do!

While big leaps have been made in the balance around capital escalations with changes to cynos and super umbrellas, the current risk vs reward for putting valuable assets in space is off and needs work. New types of objectives are being looked at to get big ships back on grid, so that there will be something to hunt and fight over.

The continued improvement of the experience around foundational systems like structures and sovereignty is also a priority. The recent structure manifesto put together by EVE’s dedicated content creators is a clear sign that although structures have been focused on for several releases last year, there still remains a lot of potential there, starting with structure module balance. 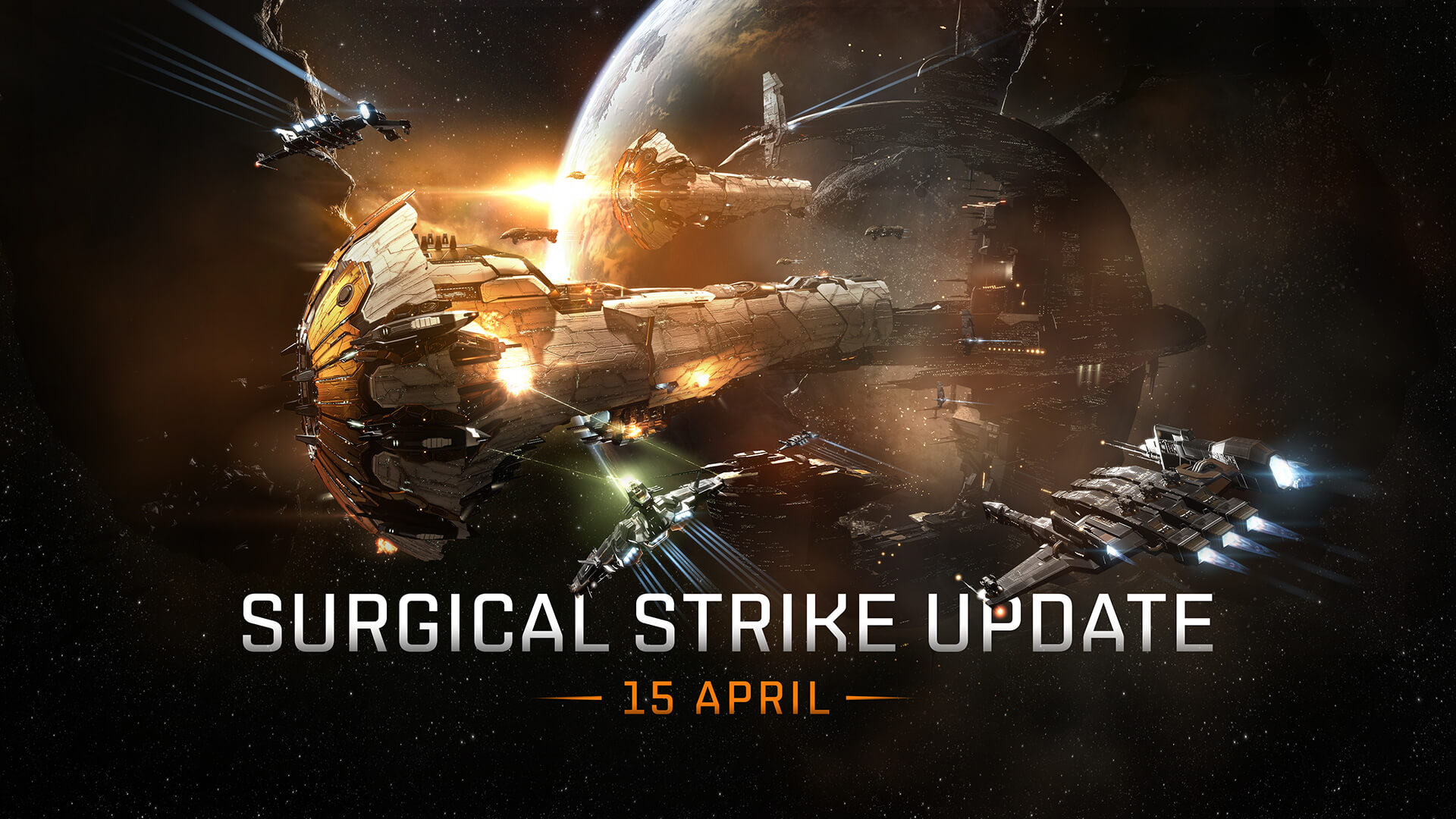 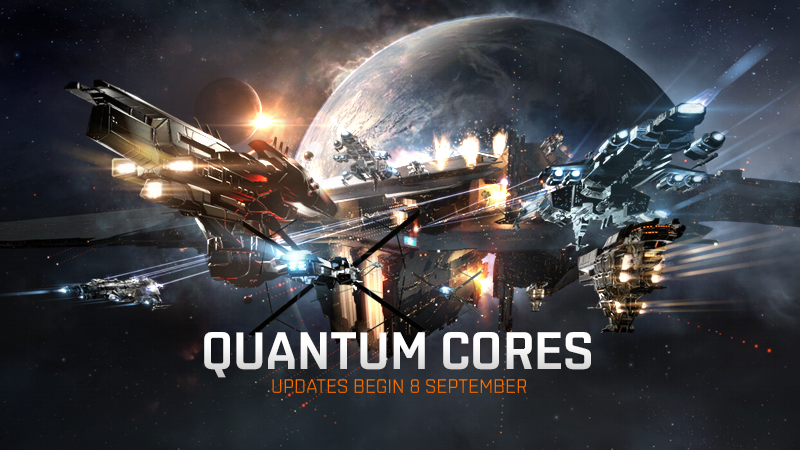 A large change was also made to the dynamics in Pochven by unlocking the conduit loop for everyone. This had a huge effect on the activity in Pochven, more than doubling the number of characters visiting the region daily ever since. That’s great news but it also helped highlight the need for continued iteration. ‘Seagulling’ is being cleaned up and benefits to loyalty are beginning to be added back towards Pochven residents by shifting NPC behaviour, but work on changes to structure mechanics in Pochven and other adjustments to make it a unique and rewarding place to call home are also underway.

Player discourse is something that is cherished when it comes to these rapid releases. The conversations, discussions, and brainstorming help deepen the understanding of the complexities that make up New Eden. Often, they result in new updates to the game, such as with Hunter’s Boon. 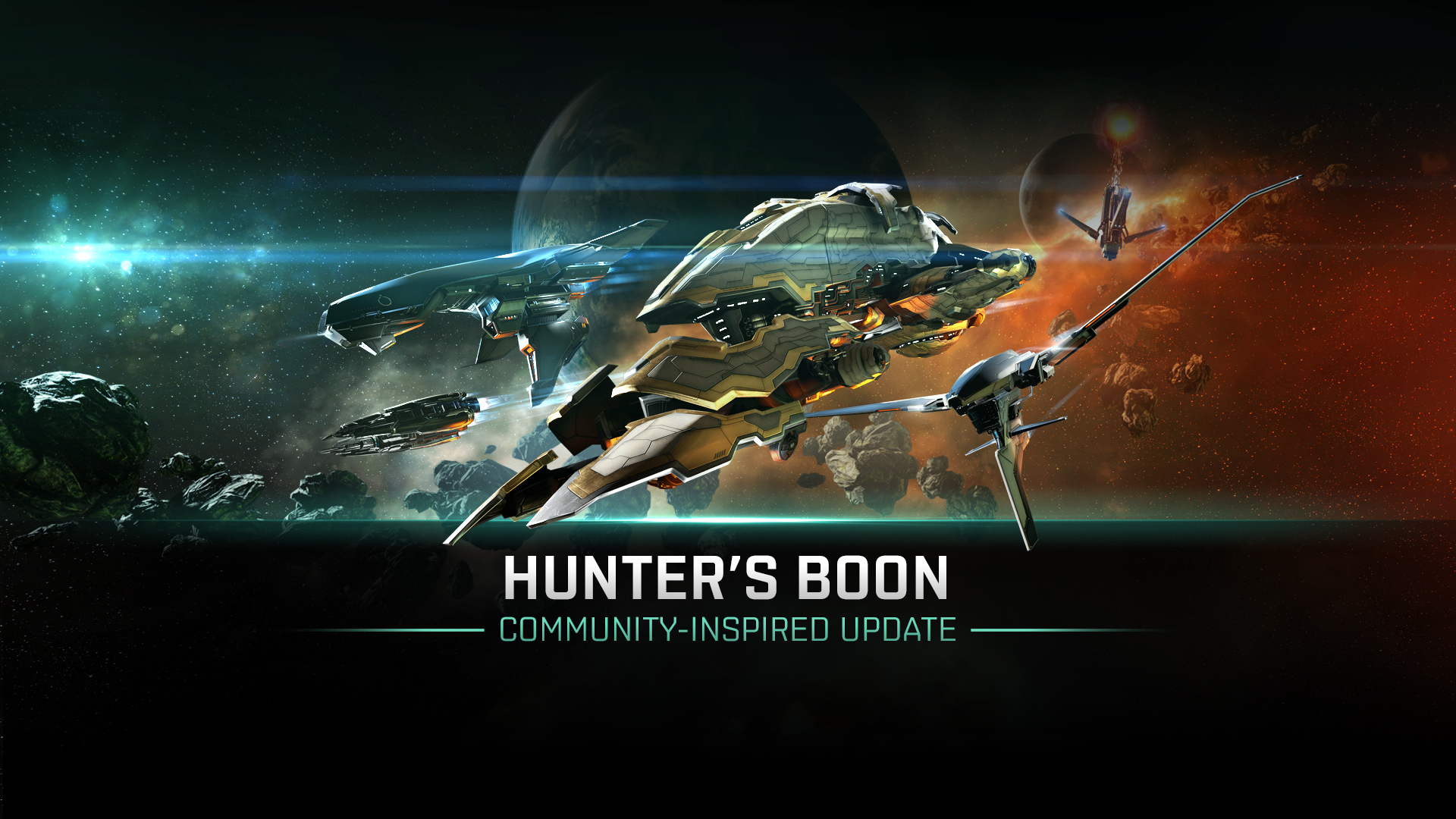 At 18 years old, EVE remains more capable than ever of attracting thousands of new humans (not alts!) every day. In 2020 alone, 1.3 million humans (again, not alts!) tried EVE out for the first time in their lives. With the recent territory expansions (South Korea in 2019 and Japan in 2020), it has become even more evident that EVE is exciting to new players, with people all around the world jumping into the game to be a part of the stories that all of you create every single day. Whilst great progress has been made thus far, which has been discussed and shared with you before, more is needed.

Starting EVE is challenging (as all of you no doubt already know). Many players survive the early stages of EVE Online because they found one of the many amazing player organizations that show people the ins and outs of New Eden, stumbled onto some of our top-notch community resources, or because they were too stubborn to give up. However, way too few of these millions of people trying EVE out can find their footing in New Eden. Dedication to this matter remains the same, and it is of paramount importance to the long-term future of EVE Online to better embrace these new players whose wish is to become tenured citizens of the game. A large part of the EVE Team has been hard at work revamping the game’s first impressions. Changes to the new player experience will ensure an exciting start to New Eden, featuring an epic adventure befitting that of a Capsuleer. As part of this revamped new player experience, a significant project is underway on updates to the skill system of EVE (which will entail updating the UI, enabling the creation and sharing of skill plans, and other things to help new players progress through the early stages of their EVE career). Finally, the new Opportunities update released earlier this summer will be developed to further help new players find things to do in the early stages of their EVE careers!

This year saw the first step of many with the release of EVE Academy, a rich and detailed beginner’s guide to EVE that has been met with open arms from new, current, and returning players. It will continue to expand, and all the support and feedback the community has given to improve it further is greatly appreciated. The fact that EVE Online has such a welcoming community is very fortunate, and the desire is to help pave the way for new players to join the amazing player organizations that guide pilots through countless activities in the EVE universe.

The more of you there are, the grander the stories, interactions – and yes – even explosions. The things mentioned above will become player-facing in August and beyond as it hits our Singularity test server, and there is much excitement for introducing these new changes and discussing them with you. As always, your feedback is valuable on this journey so that its success can be further guaranteed.

As announced on 14 July, the Alliance Tournament (AT) is coming back this November! The newly invigorated Community team did a lot of heavy lifting over the last several months to get this fan-favorite tournament back on the roadmap. With revised rules, new ship prizes, and legendary EVE_NT crew, there is much excitement around seeing the lively recruitment, theory-crafting, and practising for the most prestigious tournament in New Eden. We appreciate the enthusiasm from many players following the announcement and invite everyone to join the official Alliance Tournament Discord server. 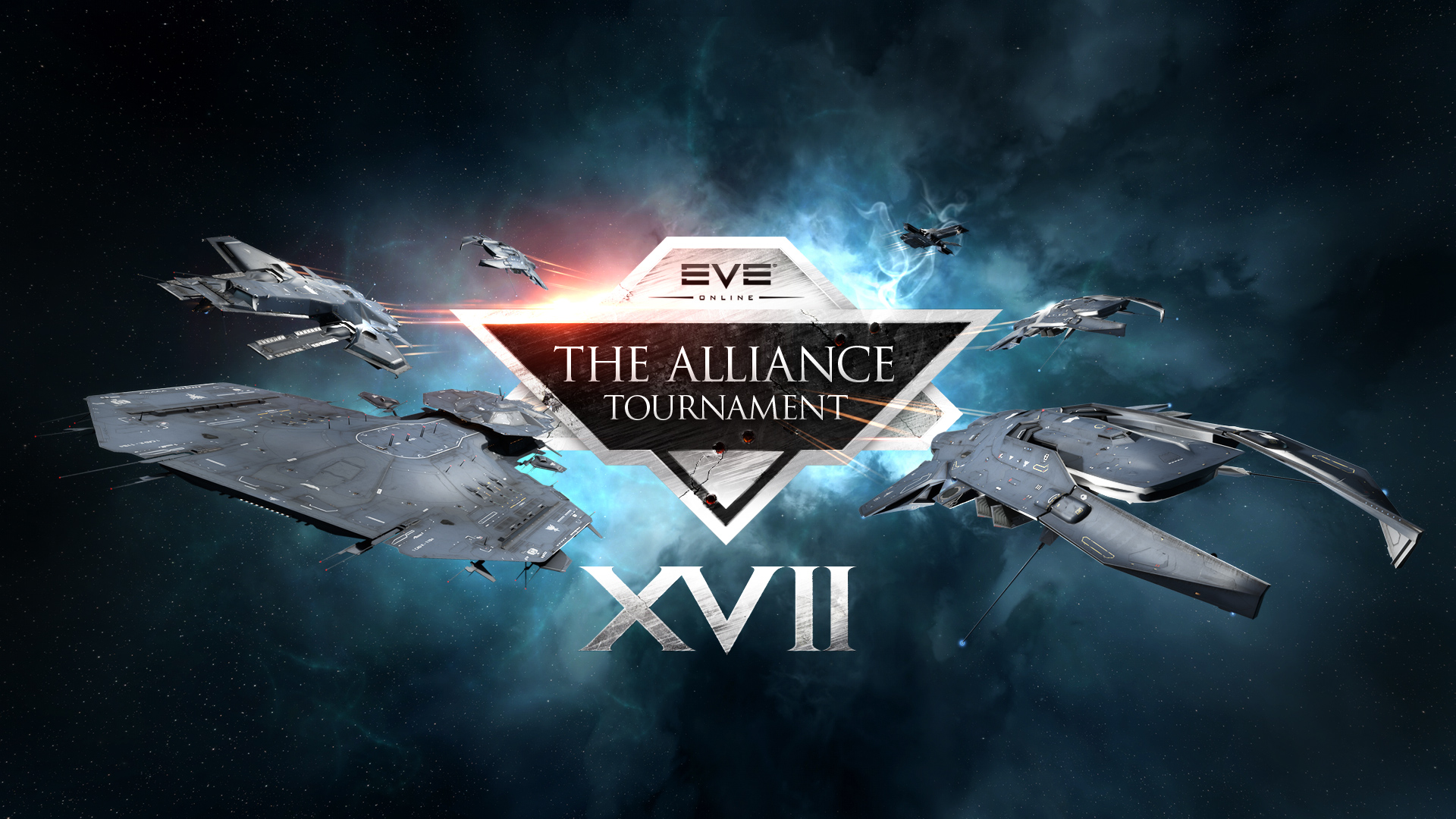 We look forward to giving you further insight into what is to come for EVE in the next few months. In the meantime, you are invited to share your thoughts and join the discussion with other players about the contents of this development update on the EVE Online forums. Finally, we can’t wait to meet with you in person in 2022 to talk more about EVE and what is upcoming for the game – but more on that later!